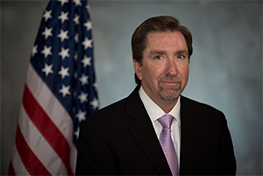 Now serving as the President of Feick Security, Gary Feick oversees all business and administrative functions for the company. He is committed to maintaining a professional and conscience atmosphere where he and his management staff are always available to clients.

Mr. Feick is a member of the American Society for Industrial Security-ASIS, the Alarm Association of Florida-A.A.F, the Central Station Alarm Association-CSAA, and a past member of the Board of Directors for Chamber South. Mr. Feick maintains current “DI”, “C”, “W”, Investigators and “M” Licenses issued by the State of Florida-Division of Licensing. Mr. Feick serves as a Trustee of Chamber South representing businesses in South Miami-Dade County. 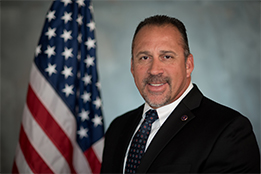 Guillermo “Willie” Salmon has served as Executive Vice-President of Feick Security Corporation since 2003. He is directly involved in every aspect of day to day operation. His extensive background in security began in 1982 when he joined the Feick Security Corporation. He served as the onsite supervisor for the Miami Design District and Security Director for Mall of the Americas, one of the largest commercial malls in South Florida. 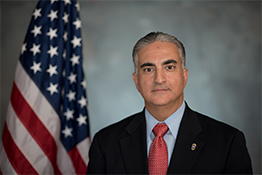 Antonio Sanchez joined Feick Security’s Senior Management team in 2013 after a twenty-five year career in local law enforcement career that culminated in his appointment as Deputy Chief of Police. Over the course of his law enforcement career, Mr. Sanchez served as Regional Director of Investigative Services in South Florida for the Florida Department of Financial Services and Assistant Chief of Police.

Mr. Sanchez is the recipient of the Davis Productivity Award for his service to the State of Florida. Mr. Sanchez holds a Master of Science Degree in Management and is pursuing his Doctor of Leadership and Management degree at St. Thomas University in Miami.